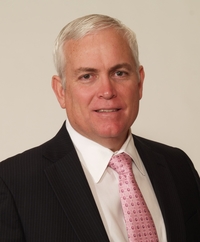 Reverend W. Reese Blanchett is the 53rd Pastor to Fort Barnwell Baptist Church. He preached his first sermon at FBBC on July 4, 2010, and accepted a call on September 26, 2010. Since that time he has been active in a variety of ministry areas such as preaching, pastoring, counseling, music, and published author.

Born on February 2, 1957, in Coral Gables, Florida, he attended Olympia Heights Baptist Church in Miami, FL, where he attended Vacation Bible School and other youth and children activities. After graduating from Southwest Miami High in 1975, he completed his B.A. degree at Florida International University in 1980. Afterward, he was commissioned an Ensign in the U.S. Navy and entered flight training in Pensacola, Florida as a Naval Flight Officer. During his fourteen years of military service he qualified as an Operations Officer, Engineering Officer, Weapons Officer, OOD, and CDO. Additionally, he earned the coveted Surface Warfare insignia, as well as a variety of other accomplishments with flight squadron VT-10, VT-86, the USS Monongahela (AO-178), USS Voge (FF-1047), Naval Control of Shipping (Raleigh, NC), and Mobile Inshore Undersea Warfare (MIUW, Jacksonville, FL). He entered the fleet reserve as a full Lieutenant, and earned the rank of Lieutenant Commander prior to his transition to the Individual Ready Reserve.